Light on the Hill Capital CampaignMake a pledge

St. Thomas desperately needs a new facility to better serve our growing community and ministry. A capital campaign is underway to create a new inviting, attractive, and efficient student center and church that will support our efforts and encourage a greater sense of welcoming and community for students.

about the new building

After visiting student centers across the country and gathering input from Arkansas students and benefactors, St. Thomas has an exciting plan to address both facility and ministry needs. 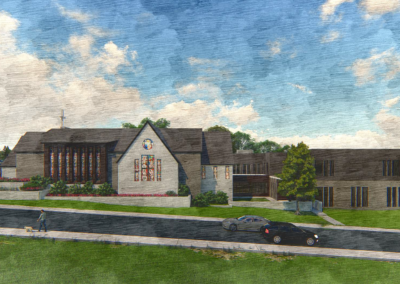 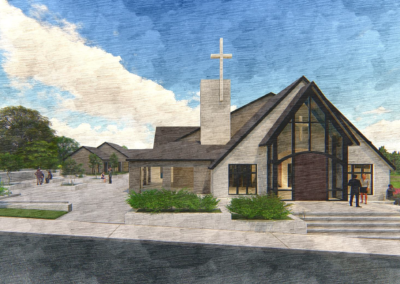 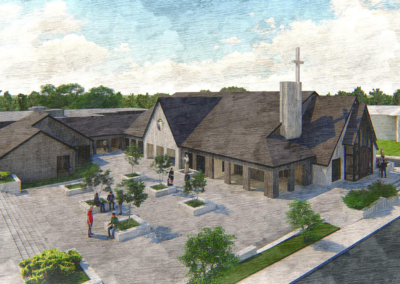 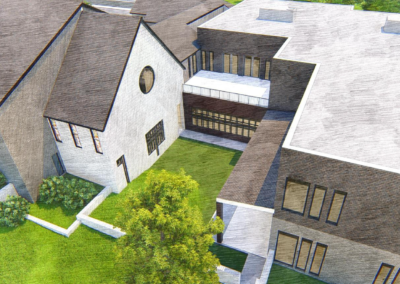 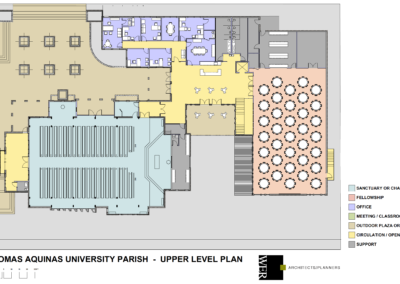 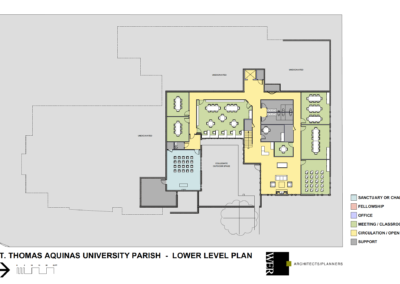 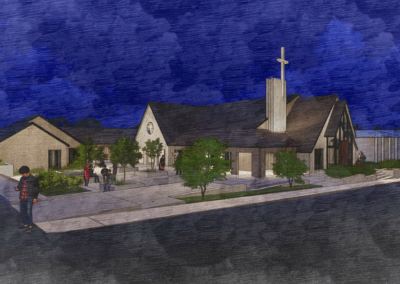 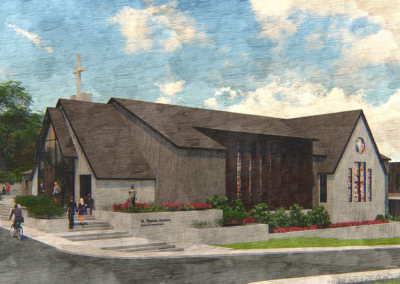 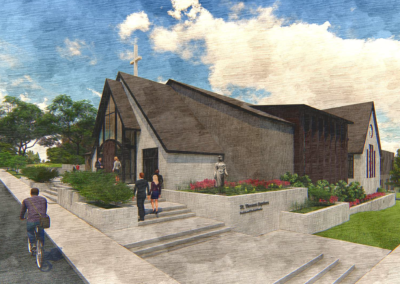 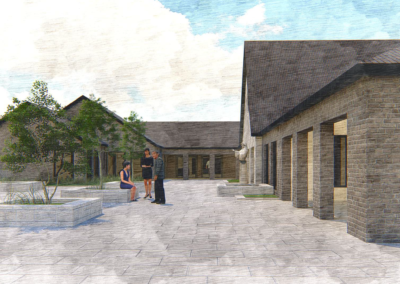 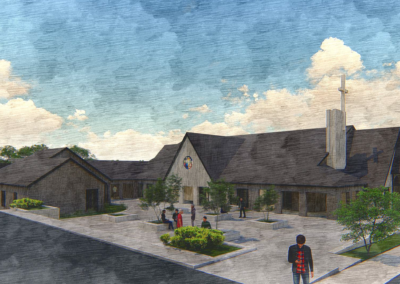 St. Thomas Aquinas University Parish and Student Center is a faith community with a mission and commitment to students, faculty and staff of the University of Arkansas. We prayerfully strive to be Christ-like by providing sources of guidance, spiritual growth, challenge to service, and an enthusiastic spirit of worship.
The GOOD news

How you can help

St Thomas thrives due to the generous support of alumni, parents and friends. This transformative campaign, Light on the Hill, calls on us all to make St. Thomas a philanthropic priority.  As a university parish, the success our day to day ministry relies on your prayers, engagement in our mission and financial support. The need to expand has never been greater!

Your investment in Catholic ministry at a critical time in students’ lives is what will make all the difference for St. Thomas to flourish for many years to come.

The Light on the Hill capital campaign seeks a minimum of $10,000,000 for the new building and an additional $2,500,000 for ministry investment and expansion and growth of the endowment to prepare St. Thomas not just for the next 10 years, but to lay the foundation for the next 100.

Gifts can be pledged and paid over three to five years. Please see the enclosed giving levels, recognition opportunities and frequently asked questions for more information. Once 100% of the goal is secured in pledges for the new building, St. Thomas will begin construction.

Father Jason Sharbaugh is a native of Morrilton, Arkansas, and Sacred Heart Parish. He attended Subiaco Academy in high school and is an alumnus of the University of Arkansas. Father Jason was ordained to the priesthood in 2010 and is in his sixth year serving St. Thomas Aquinas University Parish and Catholic Campus Ministry at his alma mater.

Father Jason enjoys the teaching of St. John Paul II (1920-2005), the Social Justice Doctrine of the Church, and – of course – the Arkansas Razorbacks.

A Wisconsin native, Deacon Norm came to Arkansas in the fall of 1969 and has been in Fayetteville ever since. He spent thirty-three years as the Head Baseball Coach at the University of Arkansas, and his coaching career included four NCAA College World Series appearances, 15 NCAA tournament berths, seven conference coach of the year awards, and more than 1,150 career wins at one school, and numerous awards and honors.  Since his retirement from coaching in 2002, Deacon Norm has served as a part-time scout for the Colorado Rockies and Associate Director of the Razorback Foundation.

Deacon Paul has been with St. Thomas Aquinas University Parish working with campus ministry since 1979.  He was ordained in 1993 and served in various ministries including Faculty Advisor for Catholic Campus Ministry at St. Thomas since that time. Deacon Paul Cronan and Dr. Theresa Cronan have continued their passion for campus ministry since meeting as undergrads at a retreat for Catholic college students (through Our Lady of Wisdom Chapel, University of Louisiana at Lafayette–formerly USL).  As faculty advisors for Catholic Campus Ministry and long-term volunteers at St. Thomas, the Cronans serve to support our students, faculty, and staff.

Deacon Paul and Theresa were the first in Arkansas to become Certified Campus Ministers through the Catholic Campus Ministry Association (CCMA) national certification process. The Cronans are grateful to be able to witness and support the growth, development, and leadership of Catholic college students today.

Sarah is a Fayetteville native and graduated from the University of Arkansas in 2013 with a bachelor of arts in Psychology and minor in Religious Studies. During her time at the U of A, Sarah was actively involved in St. Thomas Aquinas’s ministry. She credits St. Thomas for her desire as a college student to continue to grow in her faith and now work for the betterment of the Church. Prior to joining St. Thomas’s staff, Sarah worked in development at both the Walton Arts Center and the Fayetteville Public Library. Sarah lives in Fayetteville with her husband Lloyd and son Brady.

Sarah manages all campaign and building project efforts for St. Thomas. Contact Sarah with any questions, comments, or for ways to get involved.